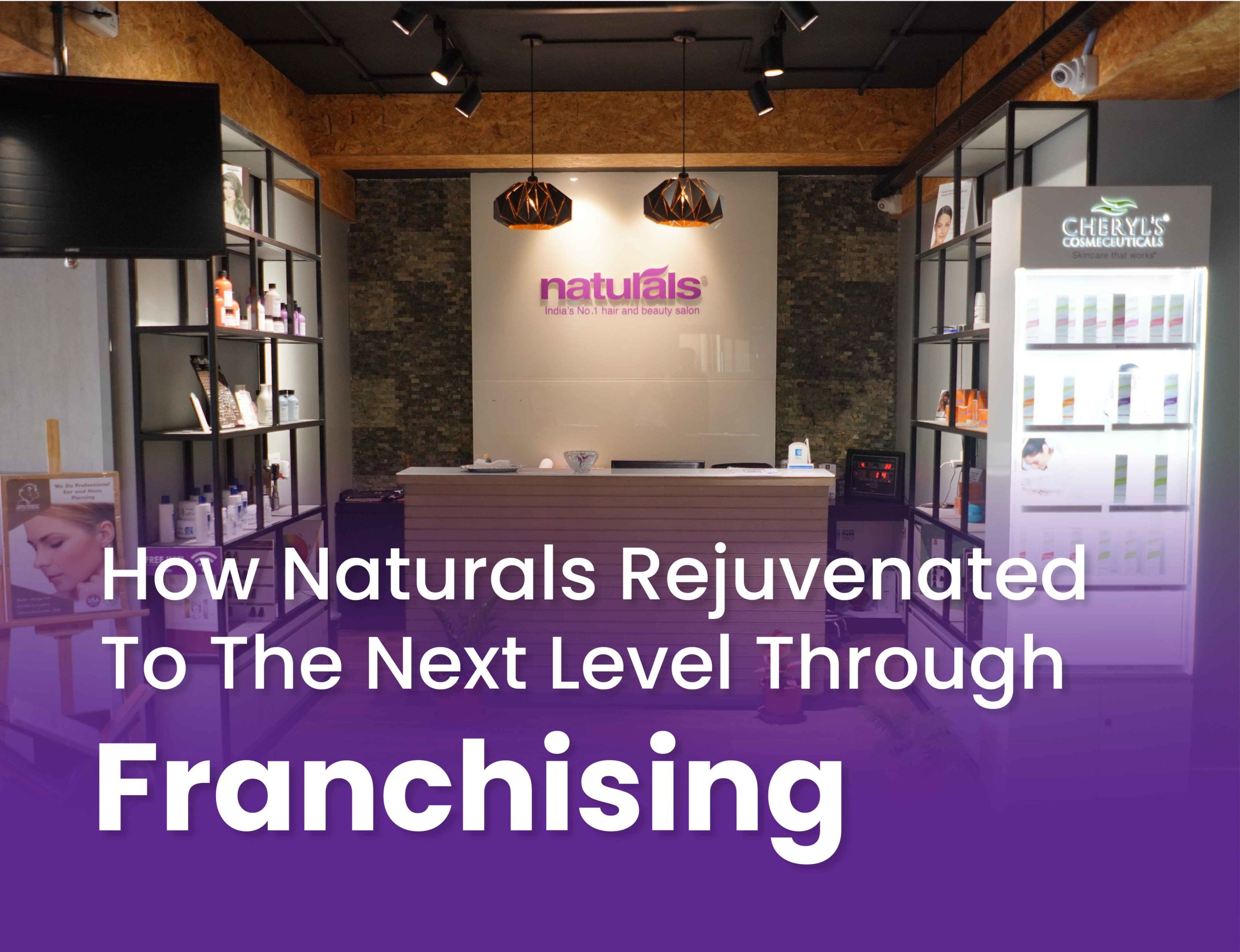 How Naturals Rejuvenated to the Next-Level through Franchising?

Among the many beauty salons in India that are successfully expanding their presence through franchising, the Naturals salon franchise is one of those that have mastered the business model.

With more than 600 salons spanning across the country, it is one of the fastest growing salon chains that has become a trusted name in beauty and wellness for patrons in India. Not only that, the Chennai-based salon chain has gone international with its operations in Dubai and is planning for expansion in the US.

A force to reckon with in the Indian beauty industry

Founded by Mrs.Veena Kumaravel, Naturals started out as a standalone salon in 2000 and is considered a pioneer in the unisex salon market in India, which was at a nascent stage back then. Another factor that set Naturals apart from other salons at that time was its focus on offering sophisticated but affordable hair and beauty services.

For nearly two decades of its existence, Naturals has been constantly innovating its services to stay up-to-date with the market trends. In its most recent expansion plans, the salon chain has plans to embrace a first-of-its-kind ‘sports theme’ for some of its locations in North India to attract the young crowd. This will be supported by top-of-the-line grooming services to cater to the needs of today’s clientele.

Franchising: The key to Naturals’ success

The company had its eyes set on expansion by 2005, and it initially focused on a 50:50 partnership model where Naturals made 50% investments in terms of setup and marketing costs, while partners bore the operational costs. However, this model wasn’t working for the brand and in 2006, it made the switch to a franchise model, and that was the turning point. They went from 54 to 100+ salons within 12 months, and the network started expanding rapidly with every passing year.

Today, Naturals boasts over 600 salons across India and is credited for supporting the entrepreneurial aspirations of more than 300 women over the past 17 years. With the aim to open 3000 salons by 2020, the company is on its way to creating 1000+ women entrepreneurs and about 50,000 jobs.

The salon and beauty market in India has been witnessing a steady year-on-year growth at 25-30% with a CAGR of 18.5 %. It is a market worth ₹8,000 crores, of which Naturals salon claims a market share of ₹350-400 crores. Not only is the company one of the top players in its sector, but is even moving ahead of the beauty industry as a whole. While the industry is growing at the rate of 30-35%, Naturals’ growth rate is pegged at 50-60%.

Naturals has tasted growth and success through its outstanding franchise model, and it’s doing the same for its franchise owners by helping them pursue their dreams of business ownership — it’s a win-win! The company’s market strength, excellent track record, marketing and branding expertise, and franchisor support make it one of the most profitable franchisee networks for women.

How to Compare Franchise Opportunities?

A Consumer’s Guide to Buying a Franchise

Sorry, the comment form is closed at this time.